In Spring 2014 Headway – the brain injury association, conducted two surveys to examine the impact government reforms of the welfare benefits system and the cuts to local authority budgets are having on the lives of people affected by brain injury.

Are funding cuts having an impact on the lives of people affected by brain injury?

Are local funding cuts having an impact on the ability of Headway groups and branches to support those affected by brain injury?

Collated from the various Headway groups and branches the surveys were designed to inform Headways 2014 Action for Brain Injury week campaign. Entitled “Don’t Cut Me Out.”the campaign sought to raise awareness of the impact of welfare reforms and spending cuts on brain injured people and Headway support services.

Once collated a press release was sent out to local papers, radio and other media providing the findings of the report. It gave clear evidence that cuts to local authority budgets and welfare benefits reform are having a detrimental effect on the well being of brain injury survivors and their carers, physically and psychologically.

And in a full page article in the Independent on Sunday (May 11th 2014) the paper also publicized “the deeply concerning” findings of the report. – If you wish to read the article from The Independent click this link and a full copy of the report can be downloaded from the “Action for Brain Injury Week 2014” page on the Headway UK website.

At Headway Northampton we have noticed the effect these changes are having on our clients and their carers. The changes in the welfare benefits system have caused tremendous stress and worry, particularly with the work capability assessments, and that the assessments do not recognise “hidden injury”, looking at the physical rather than psychological and emotional problems.

Happily, all of the clients that we have helped to appeal against an original rejection for Employment Support Allowance have at least won those appeal cases and been placed into the support group for the ESA benefit. However this is always a very long process and the pressure put onto the brain injured person and their carers is immense.

In fact, the report found that 85.3% felt the implementation of welfare reform is not fair on people with brain injury or their carers. Its findings also showed that 87% of Headway group and branch representatives were concerned about the physical and emotional well being of their clients. We ourselves see this on a regular basis at Headway Northampton, with the clients, their families and carers that come to us. While changes are afoot because ATOS will lose the contract for the Work Capability assessments from February 2015, there is clearly still a long way to go.

FRONTLINE SERVICES ARE FREE AT THE POINT OF DELIVERY AT HEADWAY NORTHAMPTON
October 23, 2019 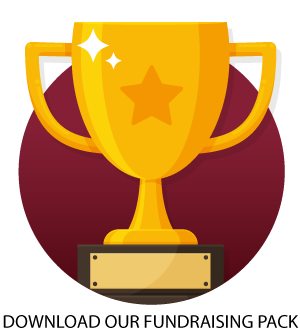